Lenny has a statewide practice in all trial courts, and has argued cases before the Appellate and Supreme Courts for the State of Connecticut. He has frequently litigated insurance coverage disputes, premises and general liability claims, complex product liability actions, substantial construction and commercial claims, fire loss claims, subrogation matters, and issues arising from automobile accidents. Lenny is well known for helping people who have been treated improperly by insurance companies.

Lenny received his J.D. in May 1986 from the University of California at Berkeley (Boalt Hall School of Law) where he was a legal research and writing instructor. While at Boalt he researched and drafted a comprehensive paper analyzing emerging trends and theories in insurer liability litigation. He attended his first year of law school at California Western School of Law where he was first in his class and received American Jurisprudence Awards in Civil Procedure, Contracts, and Legal Skills. He received his BA degree in Economics from State University of New York at Binghamton in 1980. 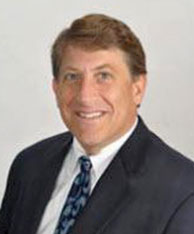 
You can schedule an initial meeting with Isaac Law Offices, by phone, email or by using the form below.